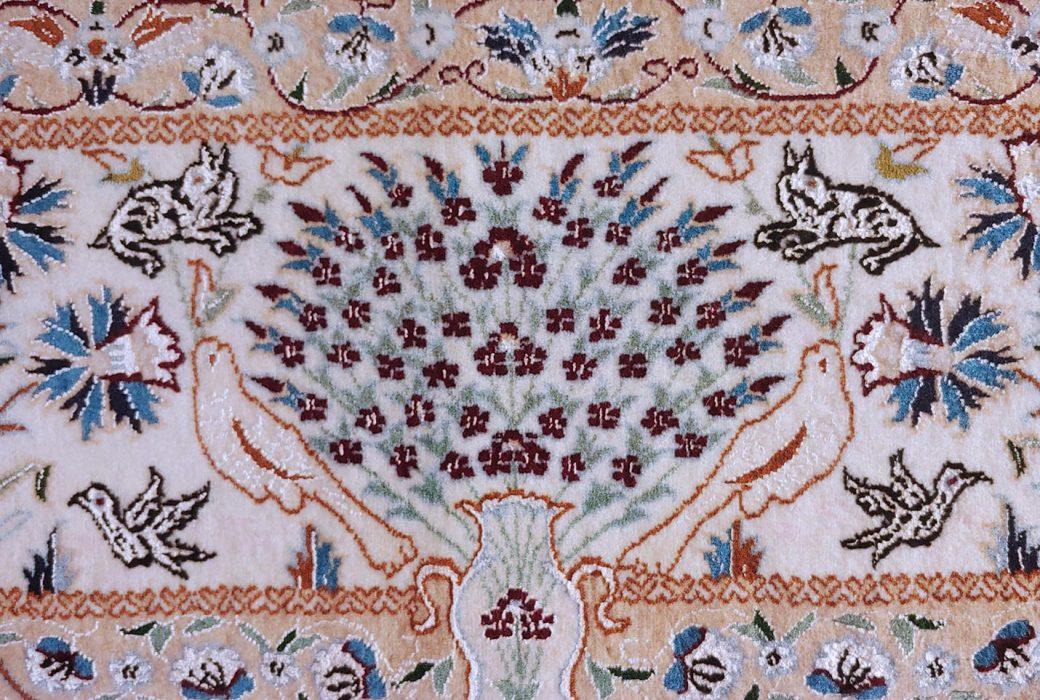 Oriental area rugs offer a lot of mystery and fascination.  It is no secret that the language of symbols are the most ancient and universal of all languages. The symbols woven into oriental rugs are of no exception. Vital ideas from matters of love, fear, life and death are all woven into these masterpieces.  Every design among the primitive weavers represents vital ideals from fertility, protection and the afterlife. 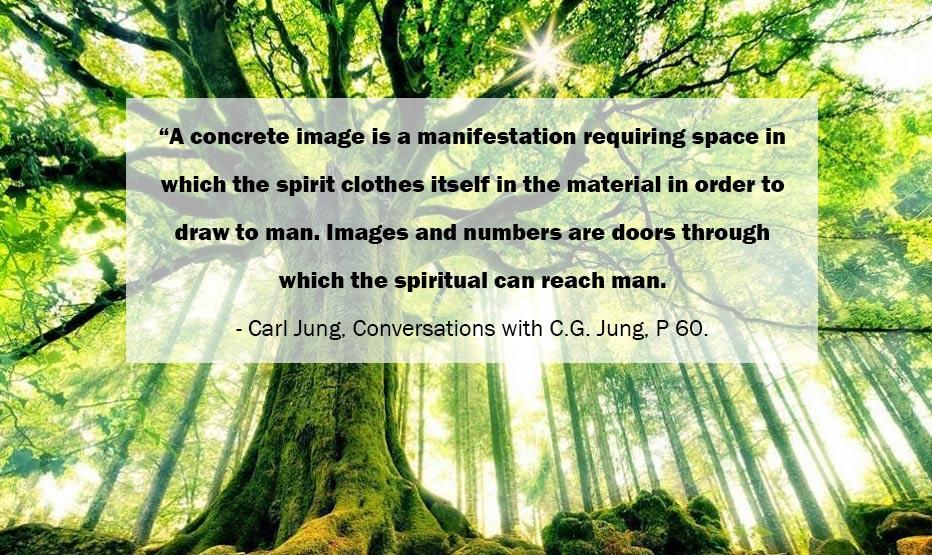 In the early days of weaving, symbols had more complex meanings and then were passed on from their original creators to the younger generation of artists which later become generalized. Regardless of the symbol meaning written here or elsewhere, it is still up to the viewer to derive a satisfactory meaning according to his or her experience of art and life.

Are symbols in oriental area rugs a lost language?

From ancient Egyptian hieroglyphs and Chinese and Mesopotamian writings, the rich history of symbolism is apparent in handmade rugs. Many of the symbols you will see in this blog can be seen in kilim motifs, Anatolian rug patterns, Caucasian rugs, Turkish , Kurdish and Persian rugs.

There are many opinions to the experience with handmade rugs and their history, especially in regards to symbols. However, one impression that most people agree upon is that the symbols in rugs today are a lost language. Walter A. Hawley, a rug expert from the turn of the 20th century, stated that the original meaning of symbols “has been lost in the remote past and is unknown even to those who now employ them.”

Symbols In Rugs Do Not Need To Remain A Lost Language

Those who study psychology say that their meanings are only hidden. This hidden language is desired by many people who long to understand oriental rug symbols, their origins and meanings.

Despite the fact that many of the symbols were passed down from generation to generation, and much of their meaning lost including Egyptian hieroglyphs, Chinese writing, Mesopotamian writings and other pictograms, there is still a sense of awe and mystery when relating to rug imagery.

The word “symbol” originates from Greece as “symballein” and translates to “throw together, bring together or join”.  Symbolic language has always governed the mind of man, which is the basis of our ancestral magical roots. Ancient symbolism stems from primeval magic and religion. Through rituals, invocations, worship of deities and prayer, symbols have created a spiritual refuge for man.

Carl Jung felt that the “symbol” was the communication of the “unconscious”.  “A concrete image is a manifestation requiring space in which the spirit clothes itself in the material in order to draw to man. Images and numbers are doors through which the spiritual can reach man. – Carl Jung, Conversations with C.G. Jung.

Time, Space and The Subconscious Are Written In Rugs

“Our frustrated desires, our unfulfilled dreams, what we love and what we hope, everything that is of importance in our mind, we project in the form of symbols which will eventually be incorporated into works of art and decorative objects, especially objects which like rugs, play an important part in our history.” – Félix Martí Ibáñez, M.D

According to Félix Martí Ibáñez, M.D, “The symbol which the artisan’s fingers wove into the rug was the projection not only of his subconscious motives, but also of his people and his time. The rug thus becomes a blackboard on which a people wrote its secret dream – life in the cabalistic language of symbols.”

“Rugs are written pages. In their maze of design there is a symbolical language, the key of which in its ceaseless transmission through the centuries has unhappily been all but lost.” – J.K. Mumford, Oriental Rugs, New York, 1915.

Thus, one can ascertain that the invention of oriental rugs had more to do with mystical, religious or regal experience rather than merely a utilitarian or practical one to cover the floor.

Animal Symbols in Oriental Rugs and Their Meaning

In the ancient past, animals were perceived as gods.  In some cultures, humans feared that the souls of the slain animals may seek revenge. They also believed that their own soul may travel into the body of these animals in the afterlife.

Animals were worshipped before the concept of Gods were created.  They were even mummified becoming associated with dieties.  Just about every part of the world there have been tribes who considered animals as protectors.  Men longed for the secrets of their supernatural qualities.  Personal ideas born from superstition and desire for magical power inspired the weaving of many symbols in the early rugs.

One way to enshrine them forever was in weaving them into a rug.  In this blog we share the efforts of the weaving and their meaning. 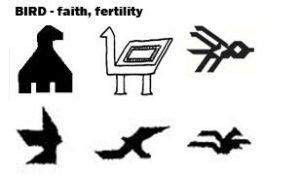 The popular chicken symbol offers protection from the evil eye.

The dog, man’s best friend, offers protection and defense.  The dog is less common of a symbol in rugs.

Although the dragon is a mythological animal, we have included it in the animal category. The dragon symbol power.

Although the duck is a “bird” it is further classified here offering marital fertility and enchantment.

The eagle is a favorite symbol of many, especially here in the United States. In the case of oriental rugs, the symbol of the eagle signifies Power.

The peacock is a gorgeous animal and lives on forever in the life of many rugs. It’s no wonder that its symbol means immortality or eternal life.

The ram is a powerful symbol and thus is should be no surprise that in rugs, it translates to power, masculinity and heroism. 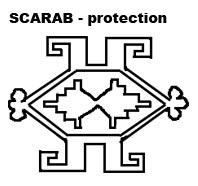 The scarab symbol offers protection as seen in tribal or caucasus rugs.  Other meanings of the scarab are “wandering soul” and “dawn”.  Those who passed on wore Scarabs on their chest in amulets to ward off danger and be a passport for the journey to heaven.

The scarab is very easy to see on this gorgeous Persian Shiraz carpet at Ruby Rugs.

To weave it into a rug means to protect yourself from the sting of the scorpion.

The snake is a sacred and auspicious symbol in many places around the world.  In rugs it offers wisdom, happiness and acts as a guardian.  The snake symbol offers perpetual youth and immortality, due to its venom, hide secretly and especially to shed their skin.

This symbol is highly appropriate for the traveler, as the wolf’s mouth symbol protects against wolves.  Similar to the scorpion, it gave protection and woven into nomadic tribal rugs.

Plant Symbols in Oriental Area Rugs and Their Meaning

Plant Symbols in Oriental Area Rugs and Their Meaning

There has often been a mystical power and association between men and plants, and trees most especially.  The Arabs associated trees as the home of spirits, especially angels.  In India, people said that the souls of tortured souls entered trees upon death.

During the 13th century, saints lived in trees to contemplate the excellence of God.  In Egypt, the fruit of the sycamore tree symbolized the heart of Osiris, sometimes with a heart-shape outline. Consequently, they used the sycamore tree to make mummy cases as it would harbor the soul.

Blossoms share our ideal of youth and spring and is a symbol for the newlywed.

Burdock is the symbol of abundance as well as a symbol to ward off the evil eye.

Cypress is the symbol of everlasting life – that life is eternal and there is no true death.

Grain is the symbol of abundance and fertility.

Hyacinth is the symbol of regeneration.

The iris has a special meaning of religious liberty.

The lily symbol in oriental rugs stands for purity and spirituality.

The lotus has long been a great symbol of rebirth and immortality.

Water is perhaps our most precious resource on this planet.  It is wonderful to note how many nomadic and ancient weavers have included the running water symbol in their rugs as an appreciation of the nurturing and life-giving quality of water.  The water symbol means life, paradise, fertility, cleanliness and the desire to overcome obstacles. 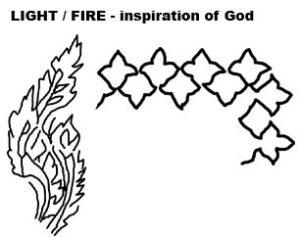 Hands on hips is famous in its symbology of the mother goddess and fertility. 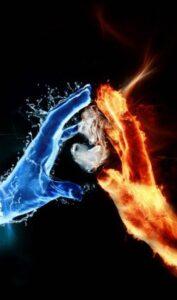 Love and Union symbols represent harmony between man and woman.  Note the yin-yang is very obvious throughout.

The hand symbol protects against the evil eye.  The comb protects marriage and birth.

Symbolism used in oriental area rugs are truly experiential and subjective to the viewer creating captivating storytelling and provide the depth of meaning in a rug.

The mystery and stories of oriental rugs are truly inspiring. Visit our area rug store in Berkeley for a magnificent experience in the love of color, symbolism and handwoven art. 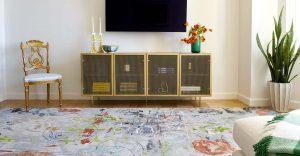 Finding the Perfect Handmade Rug in 2023

If you are looking for a new handmade rug to add to your home, you have come to the right place. We’ve got you covered 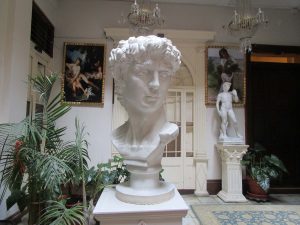 We have done a lot of inner learning the last couple of years and also changing how we live with others. In this re-invented life, 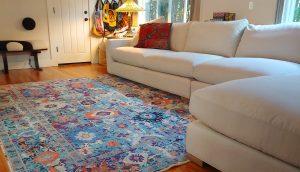 We put together this blog to inspire and delight rug lovers who are needing quality 8×10 area rugs. We don’t like to pick favorites (because 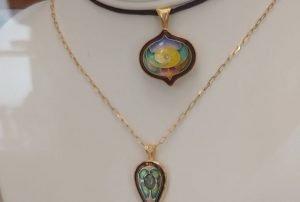 Looking for little luxuries?  Ruby Rugs has been open for a few months here on Solano Avenue in Berkeley, California.  As merchants here, we are also

Send Us A Message